Fabulous day. Weather was great. I recommend an early ...
All contributions

This walk will take you from the small town of Argentière through the valley in the direction of Chamonix, before you return to Argentière on the other side of the valley.

This relaxing walk is a great introduction to the Mont Blanc area. From Chamonix you can take the bus or train to Argentière, which takes you through several small towns that you will get to explore during your walk. Your walk starts with a stroll through the streets of Argentière. You will pass a pharmacie, an Office de Tourisme with more detailed information about the area, and the quaint church of Saint Pierre. In this initial stage you will also pass the Plan de Joran, a cable car that, once at the top, offers great views of the Aiguille des Grands Montets, towering above you at 3296 meters. After this you will enter a forested area which will take you along mountain paths through the valley until you get to Les Tinnes, which is where you will loop round and walk on the opposite side of the valley back to Argentière. There are restaurants along the way in the various small towns that you pass should you wish to stop for lunch, or alternatively, you can bring some snacks with you from Chamonix to have a picnic.

This whole walk is a lovely way to explore the valley and the quaint French villages that you will see along the way.

After several kilometers, you will cross a small downhill stream, where the rocks could be slippery. Make sure to take extra care with your footing. Other than that, be careful when crossing any of the busy roads.

Walking boots will suffice for this walk. You won’t be needing walking poles, but you can always bring them along if you wish. The walk is fairly flat over smooth terrain and easily accessible walking paths.

Always make sure to dress appropriately for the weather and to check the weather forecast. Bear in mind that conditions can change suddenly in mountainous areas, especially at high altitude. It is always a good idea to bring spare waterproofs or a warm fleece in the eventuality that you get cold or it starts to rain.

There is a pharmacy in Argentière, right accross from the Office du Tourisme. We recommend that you bring plenty of water and snacks for your walk, and lunch from Chamonix if you are planning on having a picnic, as there are not many shops in Argentière. There are a couple of restaurants in the villages that you will pass through, so if you want to stop here for a some food or a refreshing drink, that is also possible. Not all of these restaurants are open in the beginning of the season though, so make sure that you have enough water and snacks to keep you going!

This walk is included in the following itineraries:

0.00 km - With your back to the Argentière Train Station, walk towards the main road and TURN RIGHT, following this road until you hit a T-intersection with several signs.

0.30 km - TURN RIGHT, following signs for the 'Office du Toursime' and continue on this road until you come to a bridge.

0.40 km – Cross the bridge STRAIGHT ON, passing the Église Saint-Pierre d'Argentière on your left, until you hit a crossroads.

0.55 km – TURN RIGHT on the Chemin de La Maraine. Stay on this path, ignoring any side streets.

0.65 km – At the fork in the road, BEAR RIGHT, passing under a footbridge, and following a sign for ‘Sentier Pietons’

0.80 km – Immediately after crossing the bridge, TURN RIGHT on the upper footpath, passing by a house. Follow this path until you come to a crossroads with a signpost.

1.00 km – TURN LEFT, and as you approach the public toilet, BEAR RIGHT immediately after, following this path as it winds through the forest.

1.30 km – Cross the bridge and then TURN RIGHT, following signs for Chamonix.

1.40 km – Stay on the gravel road as it BEARS LEFT. About 50 meters later, BEAR RIGHT and follow the road as it descends slightly.

1.50 km –At the crossroads walk STRAIGHT ON, passing through a tunnel. Follow this path for approximately 400 meters. You will also pass the Télécabine de Plan Joran, should you be interested in taking in some views from a little higher up!

1.90 km – At the T-intersection TURN LEFT and then follow this road as it bears right and slopes upwards. The road turns into a small footpath that runs past some houses. Follow this path for approximately 400 meters.

2.30 km – BEAR LEFT at the fork in the path, following the sign for Chamonix.

2.80 km – You will see the path split into two. BEAR LEFT on the upper path, continuing to follow signs for Chamonix. Follow this path as it undulates through a thick wooded forest, for about 1.1 km, when you will reach another sign.

3.90 km – Continue STRAIGHT ON, ignoring a path that slopes downwards towards Les Iles.

4.00 km - Stay on this path STRAIGHT ON, ignoring any other smaller paths, until you enter a village and the path becomes a paved road.

4.80 km - After passing through some houses and coming to a T-Intersection at another road, TURN LEFT, following a sign for Chamonix.

4.90 km – When you reach a paved road, cross the road and continue STRAIGHT ON, staying on the Chemin de la Coutire.

5.20 km – On your right, next to the road you are currently on, you will see a signpost with several paths. TURN RIGHT, following signs to Les Tines, as the path slopes downwards.

6.10 km – TURN RIGHT at the main road. Be careful when walking on this busy road and watch out for traffic. Immediately after you are on the main road, BEAR LEFT, following signs to Argentière for approximately 400 meters.

6.50 km – TURN LEFT, passing underneath the train tracks and following signs to Argentière and crossing the river.

6.60 km – After the bridge you will see a signpost directly ahead of you. TURN RIGHT here, in the direction of Argentière. Keep following the signs to Argentière – this path will continue for approximately 4 km.

10.40 km – As the path begins to run parallel to the train tracks, it will change into a wider road. Follow this STRAIGHT ON until you arrive at the main road again.

10.50 km – Cross the road and you will be back at the train station again, where you started your walk.

For this walk, take the free Chamonix Valley bus (no.2) from Chamonix to Argentiére and back at the end of the walk. See https://www.chamonix.net/english/transport/bus for more info.

show more
All books and maps

You have a question concerning this content? Here is the right place to ask it.

August 23, 2019 · Community
It is worth knowing that there are toilets at the start and halfway. Lovely little cubicles with flush toilets. No drinking from the tap.
show more Show less
Comment 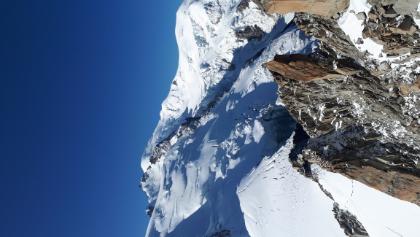 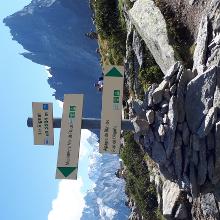 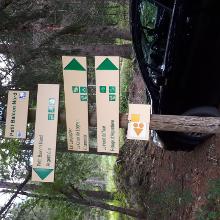 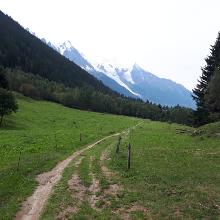