I have just come back from Slovenia after attempting this ...

Frage von Esther Bergman  · 18.07.2021 · Community
I have just come back from Slovenia after attempting this stage. I was walking from Kranjska Gora to Baumgartnerhof. Firstly, there are many signage problems; I only have a map, not an app, so am reliant on the signs. The path through the woods from Kranjska Gora led me into the undergrowth. I eventually made my way down through the trees and found the path by the river again further on. Secondly, when I came out at the chapel at Srednji Vrh, I saw no signage for the path to the mountains. After walking through the village several times, I eventually knocked on a house door near the chapel. I was shown the path and told: "yes there used to be a tree with a sign on it, but the tree came down and the sign went with it. Thirdly, as I climbed that longer path to the sattel between Techantiger Mittagskogel and Lep Vrh, there were junctions where a sign would have been helpful, but there was nothing. There were intermittent Alpe Adria signs, but not enough of them to be sufficiently helpful. Finally, as the ridge opened up and I approached Mallestiger Mittagskogel, the Alpe Adria signage told me to descend, but there was no sign further on to go up again. So I continued down and did see one Alpe Adria sign. Eventually low down was a kind of plateau with a field of cows and I thought that I could detect some kind of path rising again beyond that low plateau, so I climbed to it, only to find that the path disappeared. I searched for 45 minutes, but could find no path. So in desperation, I rang 112 and was rescued by Slovenian mountain rescue. It really should not have come to this. It was the culmination of a day of very poor signage in Slovenia. Mountain rescue told me that the Alpe Adria signage had been put up when the route was first created, but had not been checked or updated. Could something please be done about this? Italy and Austria maintain their Alpe Adria signage, but Slovenia doesn't. I was told that if I had been walking the route in the normal direction, ie. Baumgartnerhof to Kranjska Gora, I would not have run into this problem. The reason that I was walking in the other direction was that I was walking the circle from Feistritz to Camporosso, Valbruna, Monte Lussari, Tarvisio, Lago di Fusine, Rifugio Zacchi, Kranjska Gora. I would like to know what I should have done. Should I have risen again onto Mallestiger Mittagskofel, or should I somehow have headed past those cows and climbed the ridge again past Schwarzkogel? I was picked up just south of Schwarzkogel. I will try the route again next year in the other direction, but need some guidance as to what to do at this point in the route next year. Ideally, my message should be passed on to the Slovenian Tourist Board responsible for this route. The Slovenian side is letting the route down. The other two countries are maintaining their routes. Esther Bergman
mehr zeigen Weniger anzeigen

Antwort von Tom F. · 19.07.2021 · Community
Dear Ester, we did the tour two year ago from Faaker See to Triest. I was using the Alpenvereinaktiv App for navigation, otherwise we would have been lost a couple of times. You have no idea how bad the signage is in Italy. Multiple options in the woods - no signs - a couple of hundred meters further down the path you typically find a sign - useless though, since there are no other options to turn. I can only recommend to use the app. You will immediatley see, whether you are on the right track. Enjoy!
4 more replies 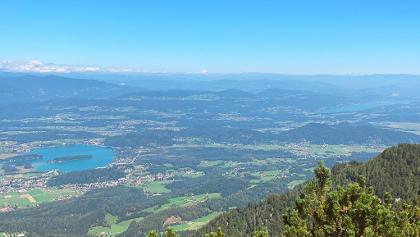 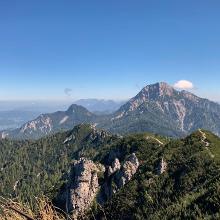 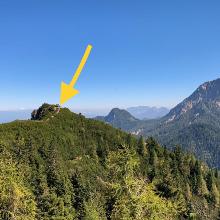 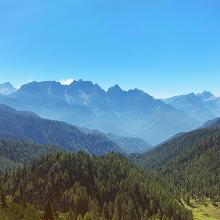