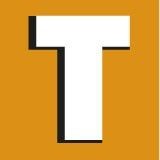 Blencathra rises majestically to 868m above Keswick in the north of the Lake District, and provides a grandstand view of the fells at its feet. These views are one of the major attractions of the mountain, but there's also Sharp Edge, the classic Grade 1 scramble that picks its way to the summit. Furthermore the roadside access from the A66 means that in winter you have a good chance of being able to get to the foot of the mountain easily.

However one reason for visiting Blencathra that is seldom mentioned is its geology. This is a mountain that is oozing with interest, thanks to its Skiddaw slate rock type and its elegant contours, which combine to give it a unique character.

Wainwright described the dramatic southern slopes of Blencathra as looking like “a tremendous convulsion ... tore the heart out of the mountain and left the ruins ... in a state of tottering collapse.” This ‘convulsion’ was the movement of glaciers, which ripped into Blencathra to leave the spectacular curves that are on display today. There are many ways to climb Blencathra, but this route makes a complete traverse of the mountain – so the views, the spectacular ridges and the geology can all be enjoyed from its easy roadside access.

Blencathra is entirely made of Skiddaw slate, a rock that forms all the Northern Fells of the Lake District. These grey rocks comprise of thin layers of sand, silt and clay particles, which were laid down on the sea floor between 500 and

470 million years ago at a rate of a few centimetres per thousand years. Scales Tarn is a classic glacial lake, gouged out by the retreating ice around 12,000 years ago, which is partly dammed by a small terminal moraine. Sharp Edge is the arête that is perched between Scales Tarn to the south and the glacial corrie to the north that Foule Crag overlooks.

The most popular staring point for this walk is the lay-by at Scales on the A66. You only need to wa

along the road to find a path leading onto the fell. A clear track climbs north-east steeply up and around the lower slopes of Scales Fell, with heady views views down into Mousthwaite Comb on your right.

NY345275 The River Glenderamackin comes into view, first bobbling south- east and then swinging sharply north. The sharp turn is most likely due to the rock at the head of Mouswaite Comb being harder than the neighbouring rock; and as rivers like to take the easiest route, the waters have turned north and away from theharder rock to the softer places.  The path continues north-west along the contours and you hae to climb quite steeply alongside the Scales Beck to reach Scales Tarn.

NY329281 Scales Tarn is an ideal place to take a break before tackling the final ascent to the top of Blencathra. Scales Tarn itself is traditionally considered the coldest tarn in the Lake District due to its position, which means sun rarely reaches it, and in winter it is frequently frozen. Sharp Edge rises beyond the tarn in spectacular style for those wishing to tackle a Grade 1 scramble. This walk follows the path south-west from Scales Tarn and it leads to the summit plateau of Blencathra from where a short walk south-west brings you to the top.

NY323277 The view from Blencathra over Keswick to the main peaks of the Lake District dominates the chatter among walkers arriving here. The original name of the fell is from the Welsh words blean meaning summit, and cateir meaning chair. The name Saddleback, by which the fell is also known, didn’t come into use until 1769. There is a clear path leading south-west to Knowe Crags. Throughout this section of the walk there are stunning views over the cliffs that have been gouged out by retreating glaciers.

NY311271 Knowe Crags marks the end of the ridge and the last major viewpoint along the route. he path descends steeply over smooth slopes; they can be very slippery in snow, so crampons may be needed and an ice axe carried.

NY306260 You reach path junction after about 1km and here you need to turn south-east towards the base of the steep slopes that tumble from Blencathra. The path leads to Blease Gill just above Blease Farm and then follows a clear route above the intake walls all the way back to Scales. En route you have to cross a couple of ghylls and some of these demand a little scrambling down a rock step, but generally the walking is easy.