Amberley, The Stokes and Arundel Park 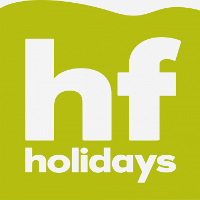 This walk offers a good variety of walking throughout the day including downland, river bank, parkland and water meadows, with some extensive views along the way. The route includes a couple of good ascents and a stepped descent.
mittel
18,5 km
4:58 h
281 hm
281 hm

Start & Finish: School Road, Amberley. There’s free parking in Amberley. I use the road by the school because, by doing so, I have to pass the Amberley Tea Room on the way back to the car

The George and Dragon, Houghton. Check http://www.thegeorgeanddragonhoughton.co.uk/ for opening times

Amberley – the name means yellow field. The village has never known a planning scheme. There are brick and flint thatched cottages along winding lanes that end at the Norman church and the castle. It is therefore untroubled by through traffic. The castle walls date from the 14th century and the property belonged to the Bishops of Chichester. A handsome 18th century house was built within the walls and was a private residence until it became a luxury hotel some years ago.

The South Downs - is a range of chalk hills that extends for about 260 square miles (670 sq km) across the south-eastern coastal counties of England from the Itchen Valley of Hampshire in the west to Beachy Head, near Eastbourne, East Sussex, in the east. It is bounded on its northern side by a steep escarpment, from whose crest there are extensive views northwards across the Weald. The South Downs National Park forms a much larger area than the chalk range of the South Downs and includes large parts of the Weald. The South Downs are characterised by rolling chalk downland with close-cropped turf and dry valleys, and are recognised as one of the most important chalk landscapes in England. The range is one of the four main areas of chalk downland in southern England.

North Stoke - is a medieval village, recorded in the Domesday Book of 1086. It has lost most of its population, possibly due to Black Death in the Middle Ages or because the landowner preferred to enclose the land for sheep pasture. This has left a notable example of a Norman and Early English Gothic church.

St Mary the Virgin's Church, North Stoke - The Church of England parish church of the Virgin Mary is now redundant and maintained by the Churches Conservation Trust. The church's dedication had been long forgotten but in 2007 it was rediscovered from a scrap of a vellum letter dated 1275 from Stephen Bersted, Bishop of Chichester, to Edward I. The church was accordingly rededicated to the Virgin Mary in 2007.

South Stoke – is recorded in the Domesday Book as Stoches and it is noted that the church existed at that time. The estate has been in the possession of the Earls of Arundel since the Norman Conquest, apart from a period when the Crown confiscated the estate because the then Earl refused to renounce his Catholic faith. In 1797 the Norfolk family regained the estate and then, in 1806, enclosed existing common land to create the present Arundel Park. This inclosure meant that the 106 inhabitants of South Stoke lost their grazing rights over much good sheep pasture. This led to a decrease in farm prosperity and the population dwindled.

Swanbourne Lake – The history of Swanbourne lake can be traced back to before the Domesday Book. It was originally used as a millpond and to supply water to Arundel Castle. The lake and surrounding area has long been known for its outstanding natural beauty.

Arundel Park - The park was enclosed in 1806. The wall is five miles long, was completed in 1810 and encloses an area of 478 hectares. In English social and economic history, enclosure or inclosure is the process which ends traditional rights such as mowing meadows for hay, or grazing livestock on common land formerly held in the open field system. Once enclosed, these uses of the land become restricted to the owner, and it ceases to be common land.

River Arun - A number of rivers cut through the South Downs to the sea, but the Arun is the only one without a main road beside it; there is only the railway, which makes it very peaceful. The river is tidal well above this part, up to Pulborough. Look out for wildfowl.

Please Note: All self-guided walks and cycle rides are undertaken entirely at guests’ own risk. Route directions are supplied in good faith; however HF Holidays cannot be held responsible for any errors contained within.

Ivan Kytka
12.07.2020 · Community
On of the higlights of our waking season this year, really enjoyed the Arundel Park part! Thanks for sharing.
mehr zeigen Weniger anzeigen
Kommentieren