The Peak District National Park is an ideal destination for active holidays. It is greatly accessible from cities all around. To increase the sustainability of tourism, the infrastructure within the national park is well-established. Public transport brings you everywhere you want to go and the network of walking and cycling paths brings you even farther.

The hills of the national park run through the landscape in gentle and striking elevations - both ambitious and pleasure hikers and cyclists will find the right route. The mountains are not high, but some are quite steep.

You can try, for example, walking on disused railway tracks from Ashbourne to Parsley Hay. During this route, not the exhaustion will leave you breathless but the lovely landscape surrounding you. If this is not enough, you can continue your adventure on the High Peak Trail.

The Peak District and its landscape are divided into two different areas: The Dark Peak with its gloomy moorland in the north and the White Peak shaped by limestone dales in the south. In this list, a ... 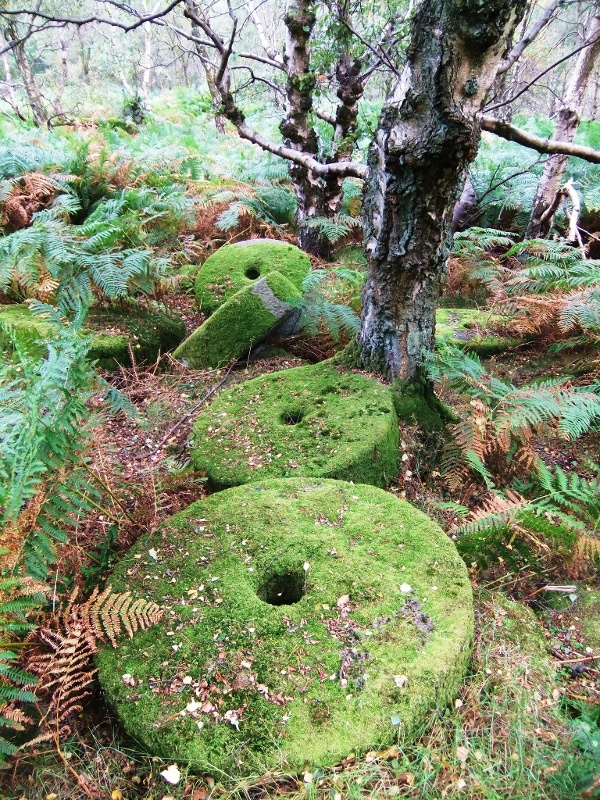 Besides preserving nature, wildlife and culture of the Peak District, the National Park Authority wants to educate people. Their education programme aims to create awareness and understanding of the natural environment.

For over 10,000, people have been living in this area. Since then, the culture got richer every day and worth keeping alive.

A great example are the millstones – you can see them all around the national park. Lined up at Stanage Edge or covered in moss at Hathersage. They even have so great importance that the National Park Authority uses an icon of a millstone as a logo! They mark the entrances and the pathways of the area.

The first evidence of the usage of millstones dates back to before the Norman Conquest in 1066. Corn mills were already recorded in the Domesday Book of 1086. The earliest reference to the production of millstones in the Peak District date back to the 13th century. In the Middle Ages, they were shaped like mushrooms and only in the 18th to 19th centuries, they received their iconic wheel shape. The millstones were, of course, used to grain corn but they were also used for producing paper. The heavy millstones crushed the wood to create the necessary pulp.

The wonders of nature

The Peak District National Park covers an area of 1,438 square kilometres (555 square miles). It includes parts of the counties of Derbyshire, Yorkshire, Staffordshire and Cheshire.

The area is divided into the Dark Peak and the White Peak. Just look at the colour of the stone and you immediately know, in which part you are. The dark gritstone and the light limestone have different features, which create ideal conditions for a variety of flora and fauna. Through the diverse landscape, the Peak District is home for all kinds of flowers and animals.

When you are out and about in the beautiful nature of the national park, embrace the biodiverse area and treat it with care. Its unique features, from natural wonders to cultural heritage, are worth preserving!

The National Park Peak District earned its name through the many beautiful summits all over the area. Peaks, big and small, oddly-shaped, with limestone or gritstone make the national park in the ...